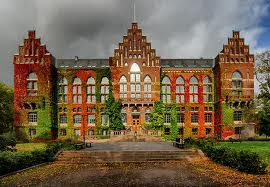 The holder of a postgraduate position has as his/her primary obligation to successfully fulfil his/her third cycle education ending with a PhD degree. Regulations concerning appointment as a full time postgraduate student can be found in the Higher Education Ordinance Chapter 5, 1-7 §§. The holder of a postgraduate position is expected to participate actively in the research and teaching environment of the Department. He/she will normally have to perform departmental duties, above all teaching, amounting to about 20 per cent of full time.

The Ph.D. candidate is expected to formulate his/her Ph.D thesis within the theme and general problematique of the project “Contested Administrations” (see below) and constructively contribute to the research group. The task of the Ph.D. candidate will mainly be to analyse the administrations in divided cities in post-conflict societies with an emphasis on the Western Balkans. The research will require fieldwork. The Ph.D. position is connected to the research project ”Contested Administrations: Conflict Resolution and the Improvement of Democracy” ( Visit Official Website )
Project leader is Associate Professor Annika Björkdahl. The project involves researchers at Lund University and Roskilde University. The Ph.D. candidate will be based at Lund University.

The Faculty of Applied Economics of the University of Antwerp is seeking quantitatively oriented candidates for the following full-time position in the Department of Environment, Technology and Technology Management   Doctoral student in the […]

PhD Position in The Field of Computer Architecture at Chalmers University of Technology, Sweden

August 30, 2010 admin Beasiswa S3 Comments Off on PhD Position in The Field of Computer Architecture at Chalmers University of Technology, Sweden

The Computer Systems group at Chalmers conducts research on high-performance and low-power computing, including the design and analysis of 1) efficient architectures for mainstream down to embedded platforms, 2) systems-level software to exploit interesting hardware […]